Tomorrow, DC Comics will announce the sequel to Scott Snyder and Greg Capullo's Metal. Bleeding Cool has been reporting that it is called Death Metal, but they could have changed it. It will also serve as a capstone to Snyder's Justice League, which ended on a cliffhanger before the new team took over the book.

We understood that it was planned before Greg Capullo drew Reborn at Image Comics – and if Capullo hadn't returned to the project, Snyder would have written it as a Justice League storyline rather than as a stand-alone event series. But he did. We also knew it had Wonder Woman as a lead. And Justice League #39 we got what appears to be confirmation of a good chunk of that.

First, we got Wonder Woman with a chainsaw… 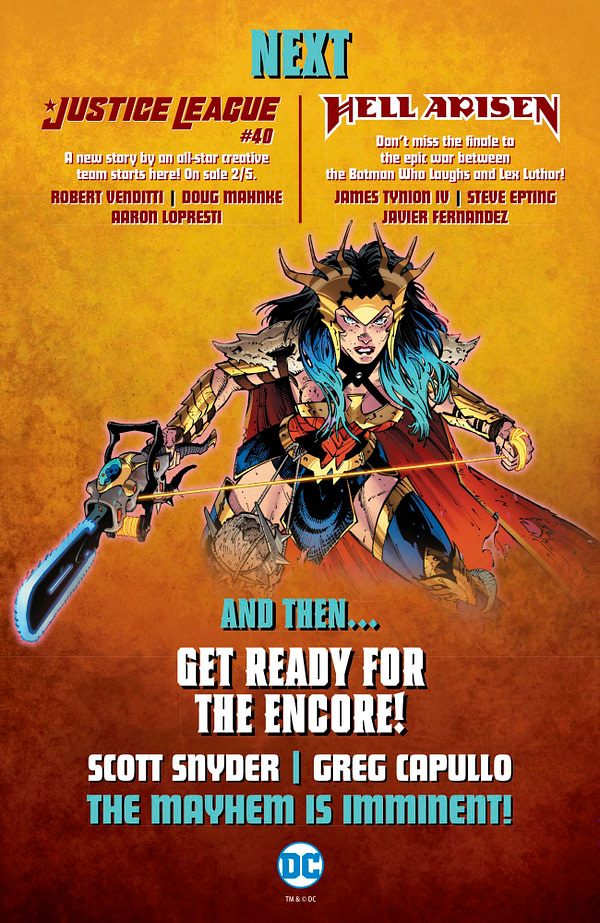 We suggested that we'll get Batman today … and then the full announcement on Wednesday.

Well, the Batman teaser seems to have leaked early. Here's what we found. Batman with a scythe on a motorbike made of bones. If that doesn't say Death Metal I don't know what does.

So what else do we know about Death Metal? We mentioned that Snyder wrote the end story for Wonder Woman #750 with Bryan Hitch, that established Wonder Woman as the first superhero of the DC Comics Universe, seen in the USA during World War II (at least for the rest of the world)…

…with the mention of Death Valley…

…and seen as an inspiration for the rest of the emerging DC Superheroic universe. 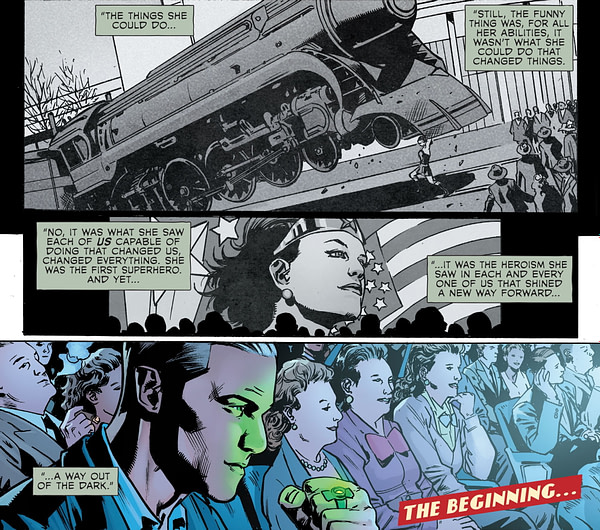 The mention of Death Valley was skated over. Could it, and Wonder Woman's involvement be what kicks Death Metal off?  The last issue of Justice League #39 ended on a cliffhanger that was not be resolved in Justice League #40. While the archetypes of the Justice League rode off into the sunset. Somewhere, somewhen, everywhere, everywhen. 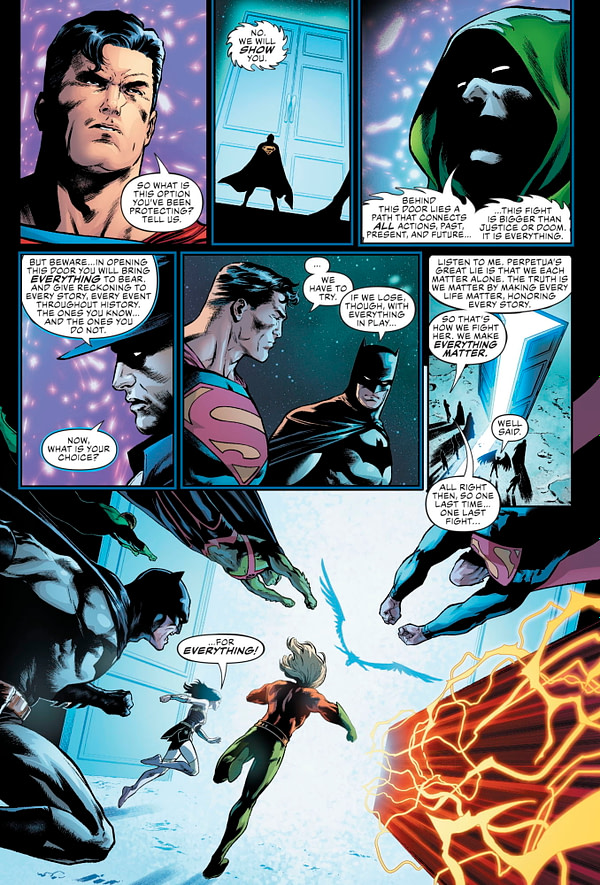 Which is right along the idea of the new DC Comics timeline we have been talking about since last summer. Everything happened, everything matters. Including Doomsday Clock. We have also been told that Metal 2: Death Metal will lead into the ageing of certain characters in the DC Universe along the lines of the new timeline. We've also been promised a Sorceror Batman, and an Alien Batman. And for DC Comics, Death Metal will be a capstone to Scott Snyder's work in the DC Universe, from Batman to Swamp Thing to Metal to Justice League…here we go. Take it away, Scott and Greg.

Bc folks are asking: this project with Greg will be a bit of a capstone to everything I've worked on at DC – threads from the start thru metal and JL- bringing it all to a final conclusion. It also builds on great DC stories by others, too, past and present, celebrating it all.

For those asking, the cliffhanger in JL goes straight into this project.

You won't have to read anything before picking it up though. We just needed a bigger stage to make a final all encompassing saga that links many dc stories, part & present, in the biggest showdown possible

It all goes live tomorrow. Watch everyone scramble to catch up.