While fans of DC Universe's live-action Titans series may still be in the dark about what to expect from the show's second season (or when exactly the show will premiere, for that matter), but at least they have a cast that loves to hit up social media with some fun behind-the-scenes looks. Case in point? Joshua Orpin (The Blake Mysteries: Ghost Stories), whose Conner Kent/Superboy joins the series' upcoming season – and as you know from the Titans season finale (more on that below), he's brining a certain super canine companion with him.

But while we've been living in the warm embrace of the assumption that "if it looks like Krypto, growls like Krypto, and has glowing red eyes like Krypto, then it must be Krypto," Orpin took to Instagram to confirm that "Krypto" will be his faithful sidekick's official, in canon name:

Orpin's Conner Kent/Superboy is the angsty teenager of steel searching for purpose and the truth about his past. While looking for answers, he crashes into the world of the Titans where he finds an unlikely home and surrogate family as well as revelations that carry more complications than he ever bargained for.

Orpin's Conner Kent/Superboy and Krypto were first teased at the end of the first-season finale of Titans, which begins in a lab in Metropolis – or at least what used to be a lab. Now a scene of utter destruction and chaos – with alarms at full blast and bodies of doctors and scientists strewn everywhere – there appears to be only one survivor. 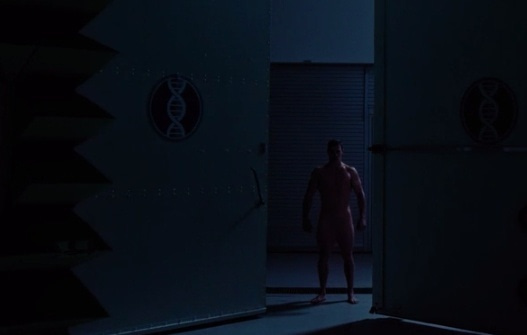 As the mysterious "man" makes his way through the lab, a tattoo on his shoulder is revealed: 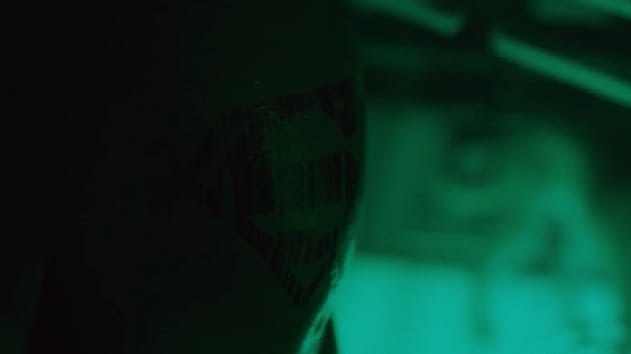 Yup, that's right Young Justice fans: Superboy has entered the game – and he's not alone! So what's that he's looking for in that lab anyway? What any any scared, lonely kid would look for…their dog: 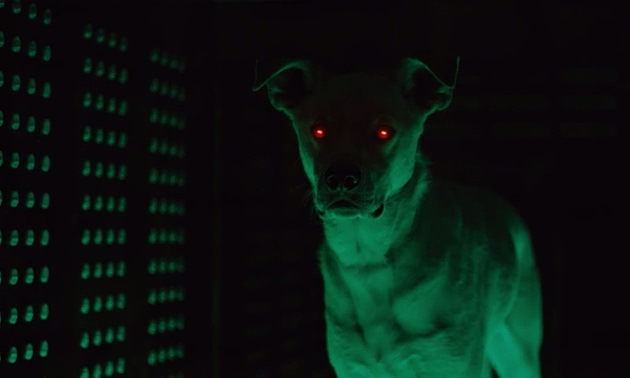 ● After decades of fighting crime as Batman, Iain Glen's (Game of Thrones) billionaire Bruce Wayne is just as driven to protect Gotham from evil as he was in his prime. Needing to reconcile his relationship with Dick Grayson, the duo hope to forge a new dynamic as Bruce tries to help his former sidekick and the Titans achieve success.

● Esai Morales' (Ozark) Slade Wilson is known for being DC's deadliest assassin. While serving his country, Slade became an elite soldier before government testing enhanced his physiology to near superhuman levels, putting him on a path of darkness and revenge. To his family, Slade is a father and husband, but to the rest of the world, he is feared by many as the infamous Deathstroke; selling his services to the highest bidder as the ruthless assassin that never gives up and never misses.

● Daughter of the deadly assassin Deathstroke, Chelsea T. Zhang's (Andi Mack) Rose Wilson was forced to undergo the same procedure that granted her father nearly superhuman abilities, becoming a weapon known as Ravager. Ever resentful, she seeks out the Titans not only for their protection but to get back at her father. Knowing how dangerous it is to be the offspring of their deadliest foe, the Titans take her in but that doesn't necessarily mean they trust her.

● Mute after his father failed to rescue him from having his vocal cords severed by assassins, Chella Man's (YouTube influencer/activist) Jericho has the unique ability to possess anyone just by making eye contact.