Usually Robert Kirkman and Charlie Adlard, in lieu of the standard industry model of releasing a handful of the comics' first pages ahead of publication, release a handful of panels. It makes for a better teaser and trailer and I wish more publishers would look at it as a model for how to sell a standard issue of a comic book. But this week, not even that.

Is Rick Grimes dead? Who will replace him? 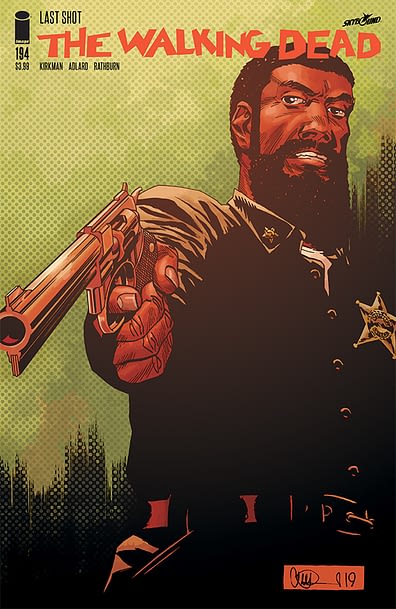 Remember, we also have this fellow coming, Sherrif Kapoor, looking very much like a Rick Grimes replacement…

The Walking Dead #192 is published on Wednesday.