With the cast and crew of AMC‘s The Walking Dead currently in a deep-dive production-wise on the tenth season, the fifth season of Fear the Walking Dead premiering this week, and a second spinoff series in the works, life in the Walking Dead universe has become a lot like the NFL: neither of them seem to have off-seasons anymore – and fans of both don’t seem to mind that too much. Hot off a ninth season that said goodbye to Rick Grimes (Andrew Lincoln) and hello to a strong ensemble cast and a “Big Bad” fronted by the amazing Samantha Morton as Alpha, series executive producer/showrunner Angela Kang did the near-impossible: she took a show that lost its long-standing lead and turned it into something fresh and dangerous again.

Which brings us to the upcoming tenth season, with Lincoln assuming the director’s chair on an episode for the first time while speculation over just how much of a role Danai Gurira‘s Michonne will have this season continues to grow. Of course, there’s also the ongoing talk of Lauren Cohan‘s Maggie returning in some capacity – especially now that ABC’s Whiskey Cavalier was cancelled and has yet to secure a new home.

Another highlight to look forward to is Michael Cudlitz (Abraham), who is back for a second go-around behind the camera as director. In the following post from Cailey Fleming (Judith) that was also shared by Skybound’s The Walking Dead Instagram account, we get a righteously cute confirmation that work on his episode is already underway – and the feels over what might have been if Abraham had lived: 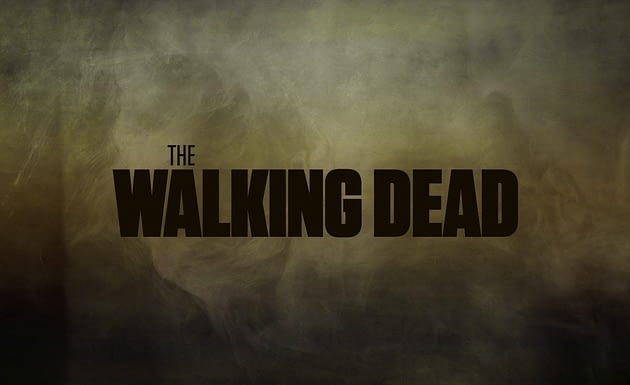 Meanwhile, fans of AMC‘s The Walking Dead are getting a second spinoff series in the TWDU: an original drama co-created by Scott M. Gimple, chief content officer of The Walking Dead universe, and Matt Negrete, who has been a writer and producer on The Walking Dead for the past five seasons and will be showrunner of the new series.

The third series in a franchise that includes global hit series The Walking Dead and Fear the Walking Dead will feature two young female protagonists and focus on the first generation to come-of-age in the apocalypse as we know it. Some will become heroes. Some will become villains. In the end, all of them will be changed forever: grown-up and cemented in their identities – both good and bad.

The Walking Dead is expected to return to AMC in October 2019, with filming underway later this month. Fear the Walking Dead returns for its fifth season on Sunday, June 2, at 9 p.m. ET (followed by the series premiere of NOS4A2) – and you can check out the official trailer and overview below:

Heading into season 5 of Fear the Walking Dead, the group’s mission is clear: locate survivors and help make what’s left of the world a slightly better place. With dogged determination, Morgan Jones leads the group with a philosophy rooted in benevolence, community and hope. Each character believes that helping others will allow them to make up for the wrongs of their pasts.

But trust won’t be easily earned. Their mission of helping others will be put to the ultimate test when our group finds themselves in unchartered territory, one which will force them to face not just their pasts but also their fears. It is only through facing those fears that the group will discover an entirely new way to live, one that will leave them forever changed.