Artists, Writers and Artisans LLC, the new New York comics publishing company set up by Bill Jemas and Axel Alonso, has its first Diamond listings, and they will be providing copies of the preview magazine that has been seen through comic con season, but to comic book stores as well. Upshot Now Magazine #0 and #1 are listed under AWA STUDIOS, and will be 144 pages long each. Upshot Now #0 will be in comic book stores on December 11th, and #1 on January 20th, as a bit of a surprise to comic book stores. 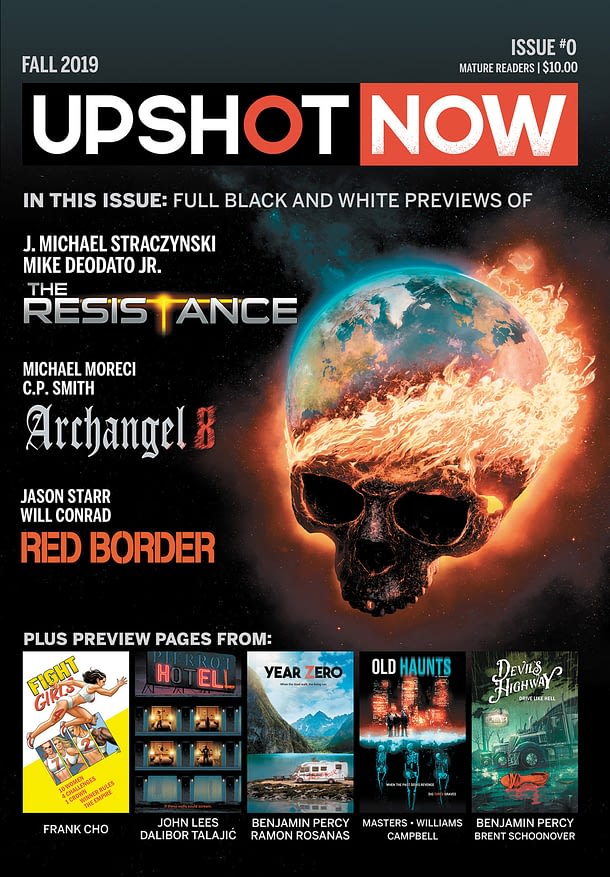