I'm beginning to sound like a bit of a broken record, but it's hard to deny that Boom Studios is on a roll with their creator-owned launches.

Then there was Kieron Gillen and Dan Mora launching Once & Future in July. We told you it was going to be big, then told you just how big it was as it then became the best-selling creator-owned series in Boom's history. Again. It also launched The Kieron Wars as Boom and Image Comics engaged in a cold war reminiscent of Marvel and DC, except for the hearts and minds of creator-owned comic fans. And particularly Kieron Gillen, who is starting to suit that beard of his.

Oh, and Once & Future #1 is on its sixth (and final?) printing. unless they are lying about that. Again.

And then we broke the news that James Tynion IV and Werther Dell'Edera's Something Is Killing The Children #1 increased over 170% at FOC, on its way to a fourth printing and becoming one of the hot books with speculators. And yes, this is now the best-selling creator owned series in Boom's history. Until Strange Skies Over East Berlin #1 hits in October.,

So I can't tell you if Matt Kindt and Matt Smith's new Folklords #1 from Boom Studios in November is going to top those books…but the company is sure acting like it's the fourth act in their bid to be compared to Image Comics in every article I write. The series even got the front cover of their Preview section, much like the aforementioned hit series. It's being pushed as the reverse Harry Potter– this time it's a boy from a fantasy world who has visions of our mundane world – and the creative pedigree is clear in the Matts. Kindt's earned multiple Eisner nominations with his work at Boom Studios and Smith has been drawing attention for his stunning work on Hellboy & The BPRD – after all, Mignola doesn't just invite anyone to play in his sandbox.

So I can't tell you this is going to be the next series that sells out multiple times before its release. Or the one that will have top creators like Scott Snyder and Brian K. Vaughan singing its praises (as with Something is Killing The Children and Faithless, respectively).

However, given the run that BOOM! is on with their creator-owned launches as of late, can retailers afford to not stock up on the next launch they're pushing as a big release, especially with their vaunted returnability program? It's got some stiff competition from Image Comics who're also making a statement in November with Scott Snyder & Charles Soule & Giuseppe Camuncoli's Undiscovered Country #1 and Jeff Lemire & Phil Hester's Family Tree #1.

Folklords #1 is in comic shops on Wednesday, November 13th. Just in time for my birthday celebrations… 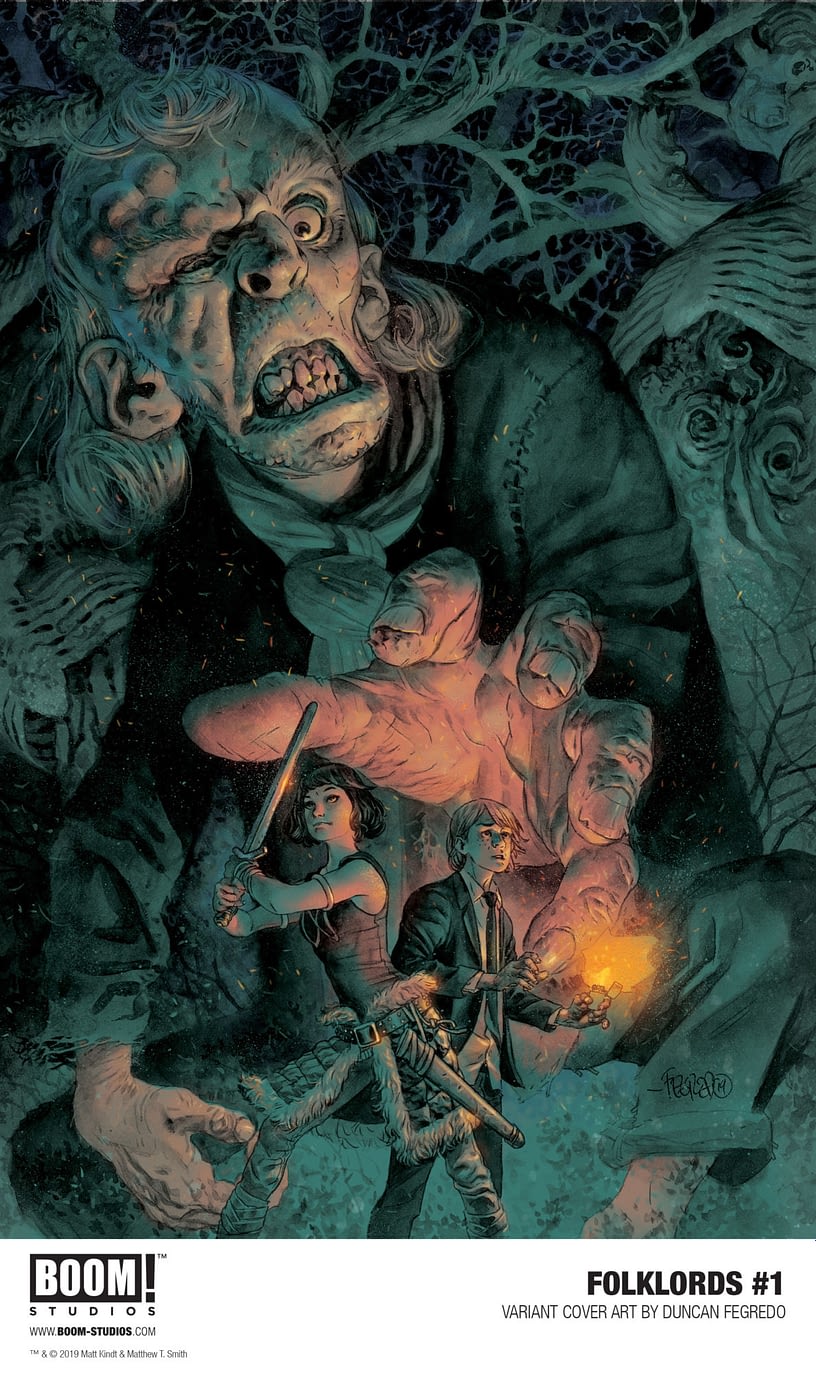 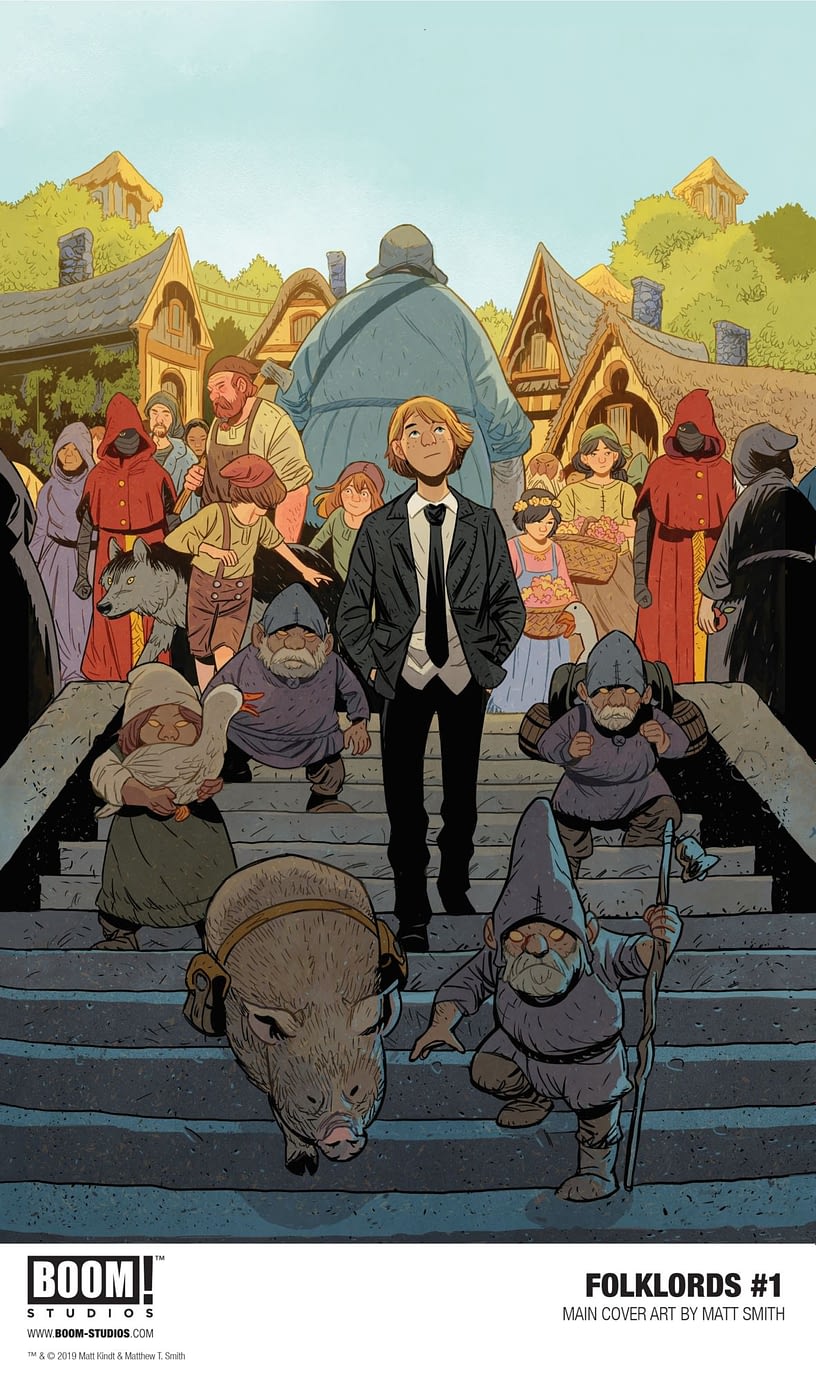 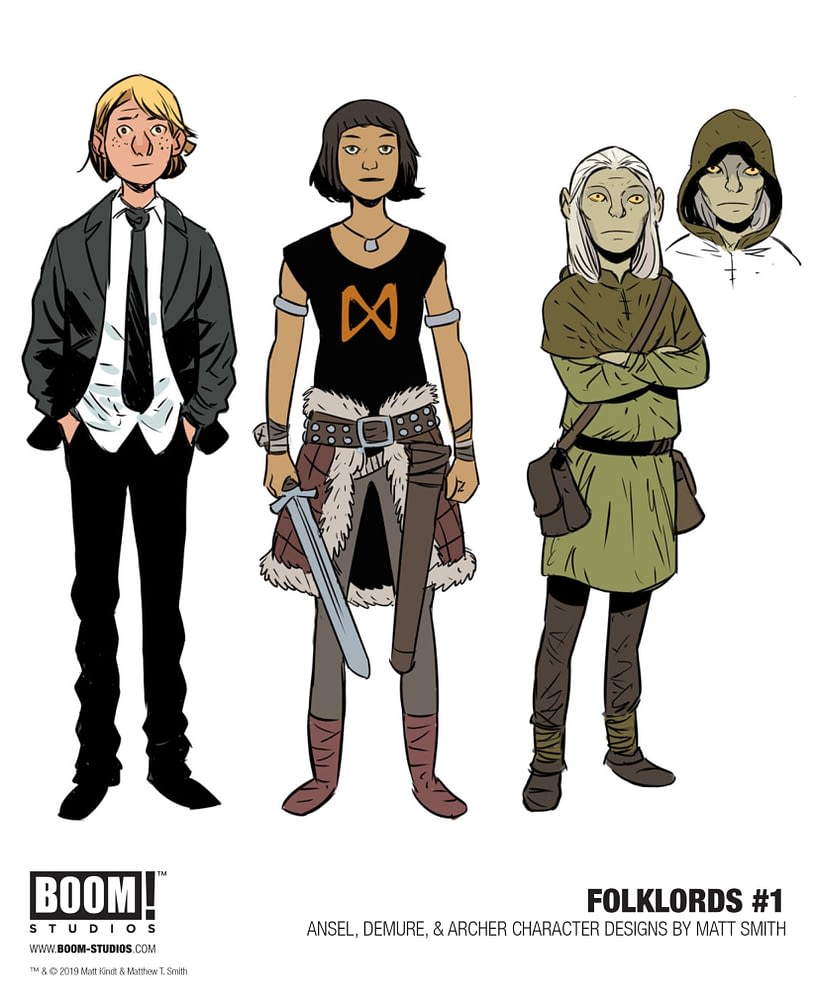 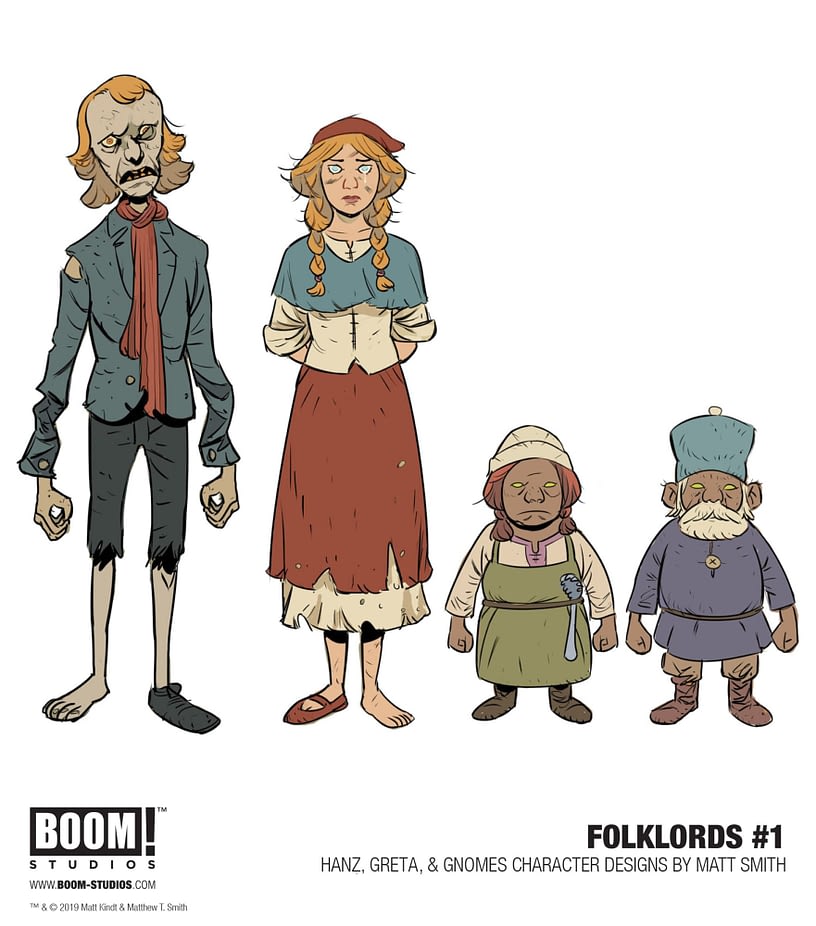 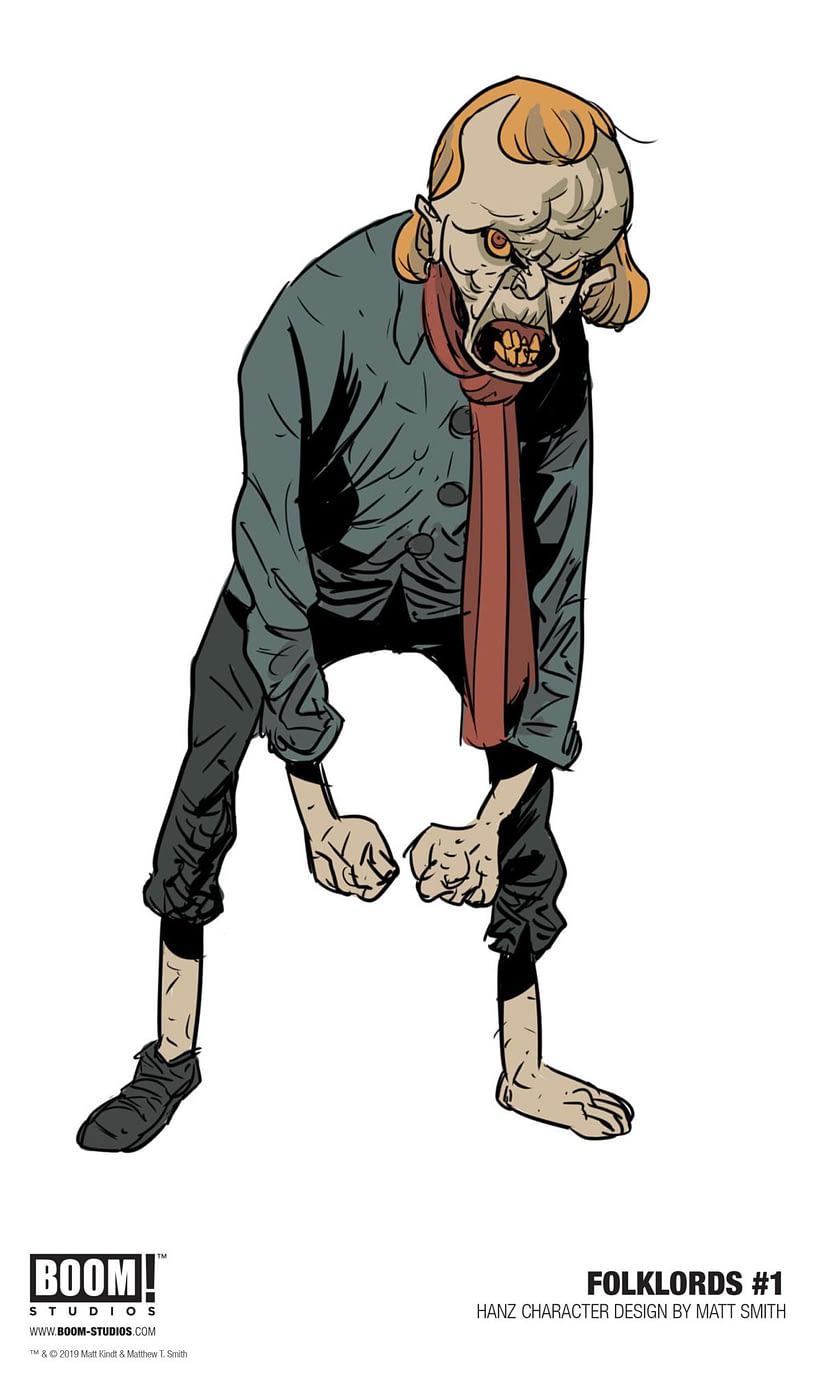 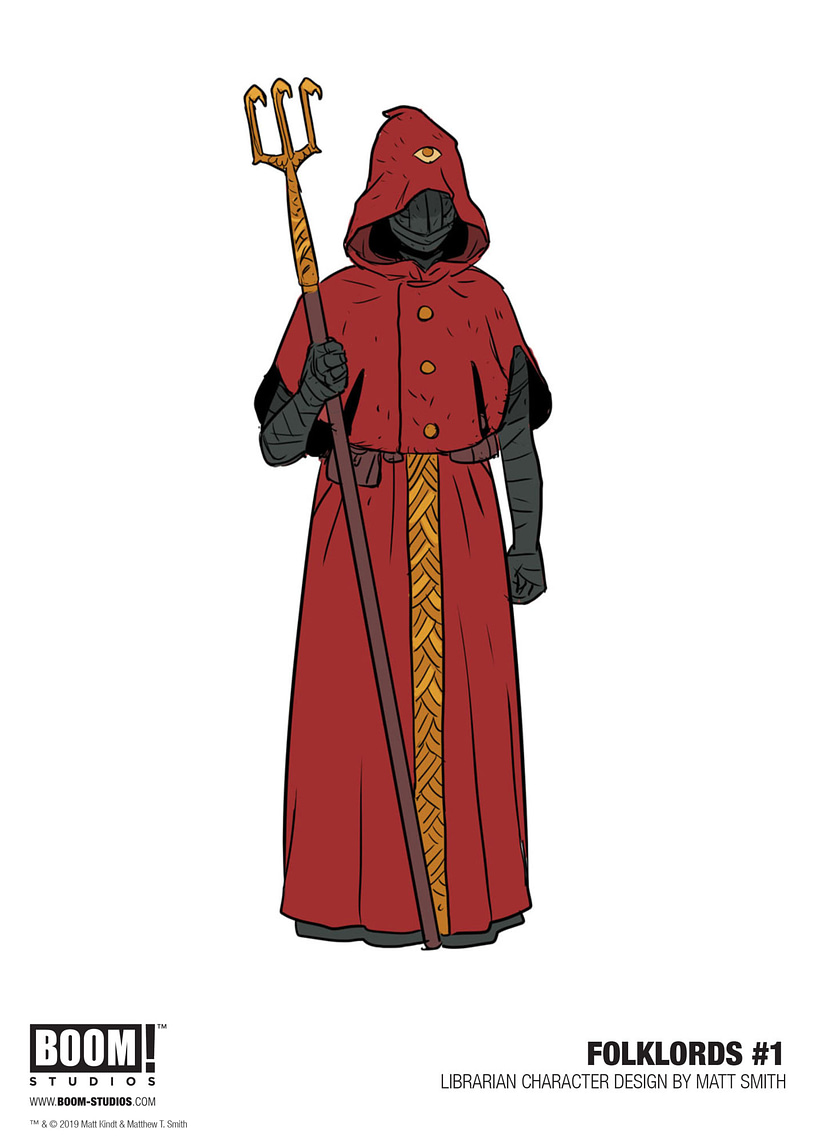 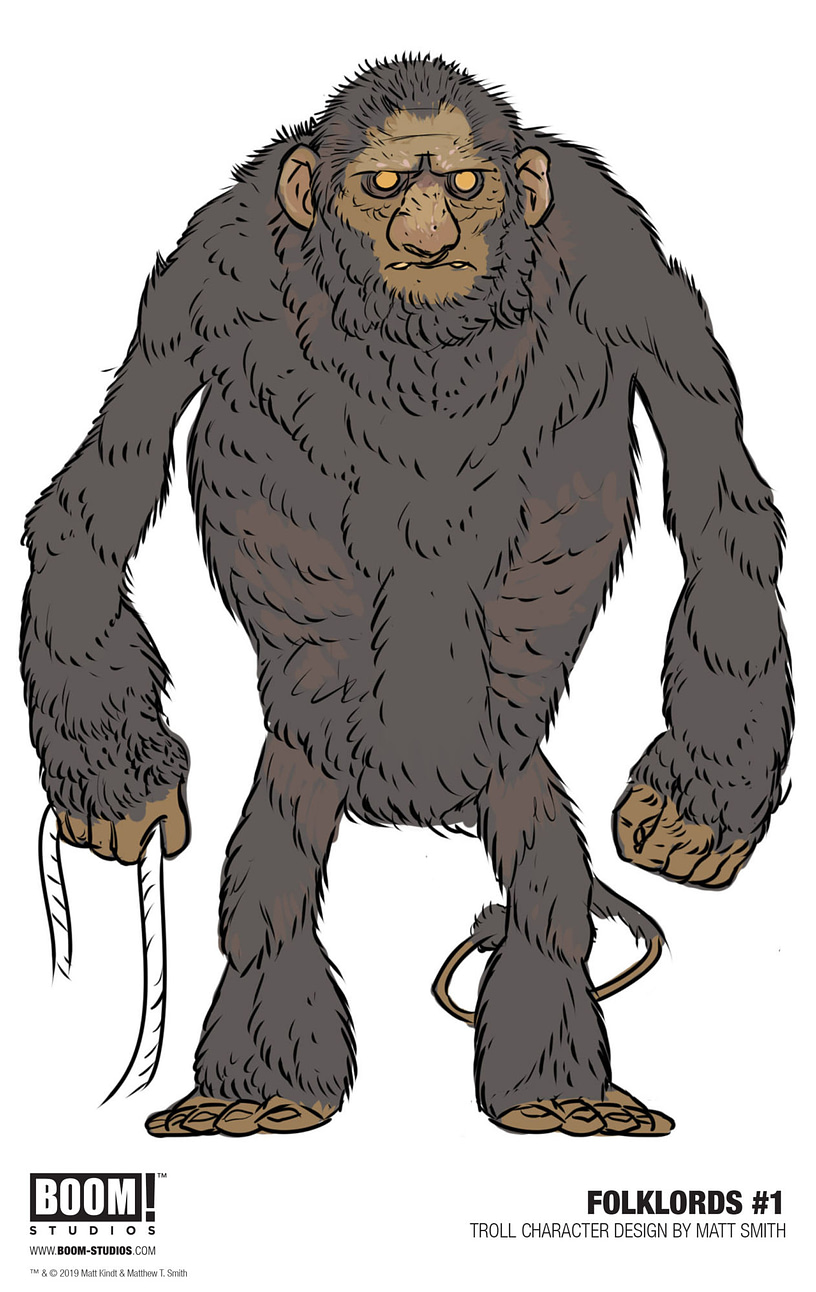 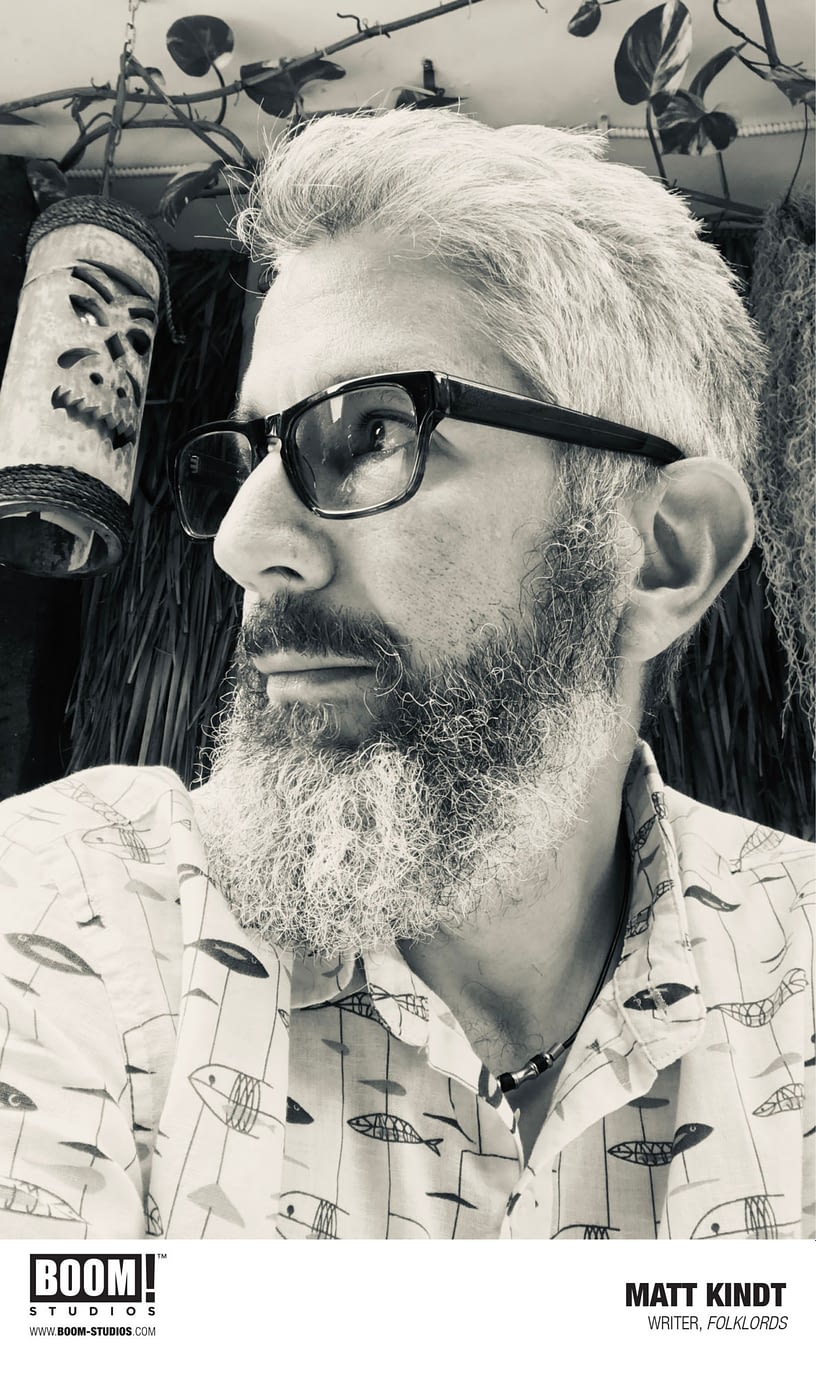 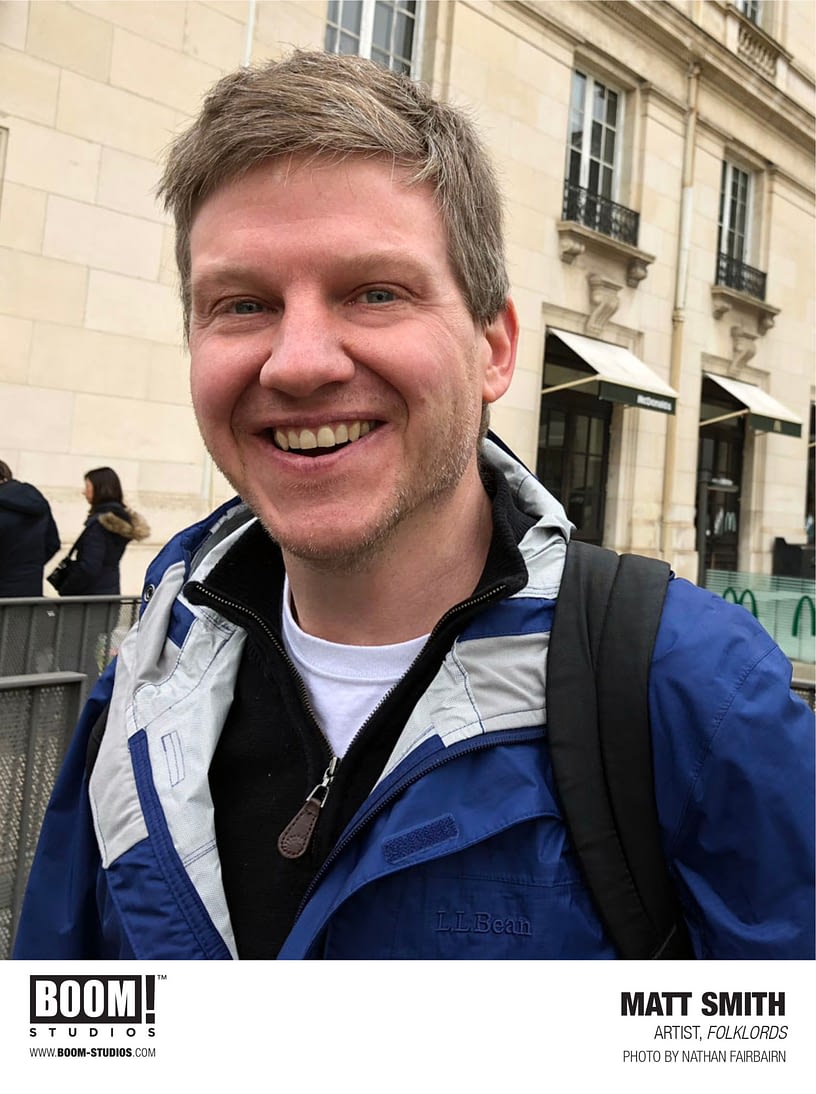