Tomorrow they publish White Trees #1 by Chip Zdarsky and Kris Anka, the first of a two-part fantasy story. Previously, Image Comics decided that retailers may need a … slight warning and issued a statement to say that the first issue of White Trees ‘contains some adult content, rather than solely content suitable for mature readers. Retailers are urged to bear this in mind when displaying and selling the book to their customers.’

None of that in the preview artwork of course. Indeed I am now told that none of that is in the first twenty-three pages of the comic, so a quick flick through may not reveal it. But for the final seven pages it all gets rather frolicsome. Words like ‘erect’, ‘penetrate’ and ‘hands-on’ may apply. Now some retailers and readers are utterly fine with such., But some find themselves in more sensitive locations. And there’s plenty of those in the final pages of White Trees #1 too. Forwarned is forearmed of course. And yes, forearms get used as well… as Warren Ellis said in his newsletter.

I must also note that it is Extremely Unclothed Penis in nature.  I actually commented to Chip about how much character Anka puts into the lovingly delineated erections.  Not actually completely kidding here – Anka is extremely good at anatomies reflecting character and physical acting on the page.  And it’s a nice counterpoint to certain other fantasy works not unfairly judged as Tits and Dragons.  And there do be dragons:

WHITE TREES #1 (OF 2) (MR)
(W) Chip Zdarsky (A/CA) Kris Anka
MINISERIES PREMIERE! Acclaimed Daredevil writer CHIP ZDARSKY teams up with superstar Runaways artists KRIS ANKA and MATT WILSON for this spectacular OVERSIZED TWO-ISSUE MINISERIES! In the fantastical world of Blacksand, peace was hard-won, and three unbending warriors carry the scars to prove it. Now, almost twenty years later, their children are missing and war is on the horizon. Can they put aside their memories of the war-and each other-for one last adventure? In Shops: Aug 14, 2019 SRP: $4.99 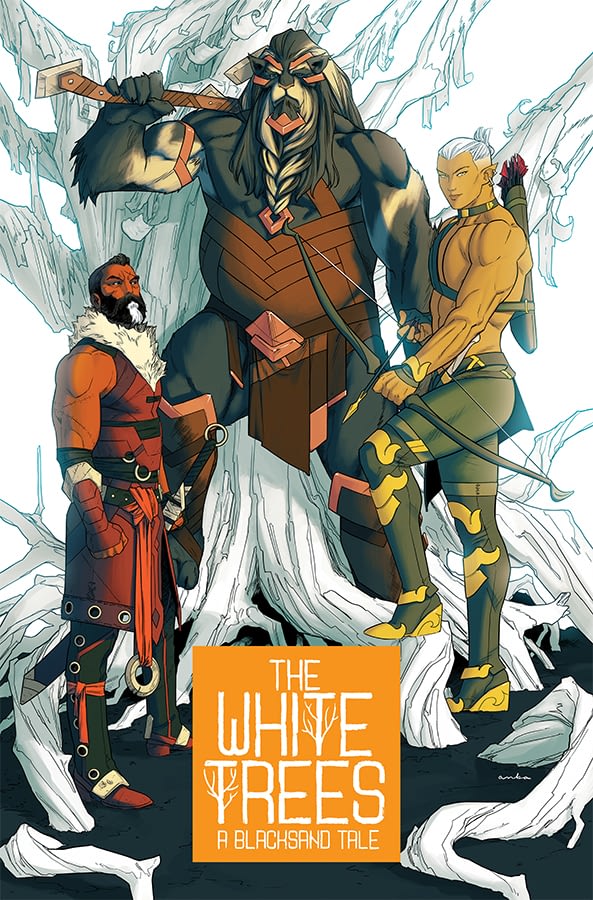 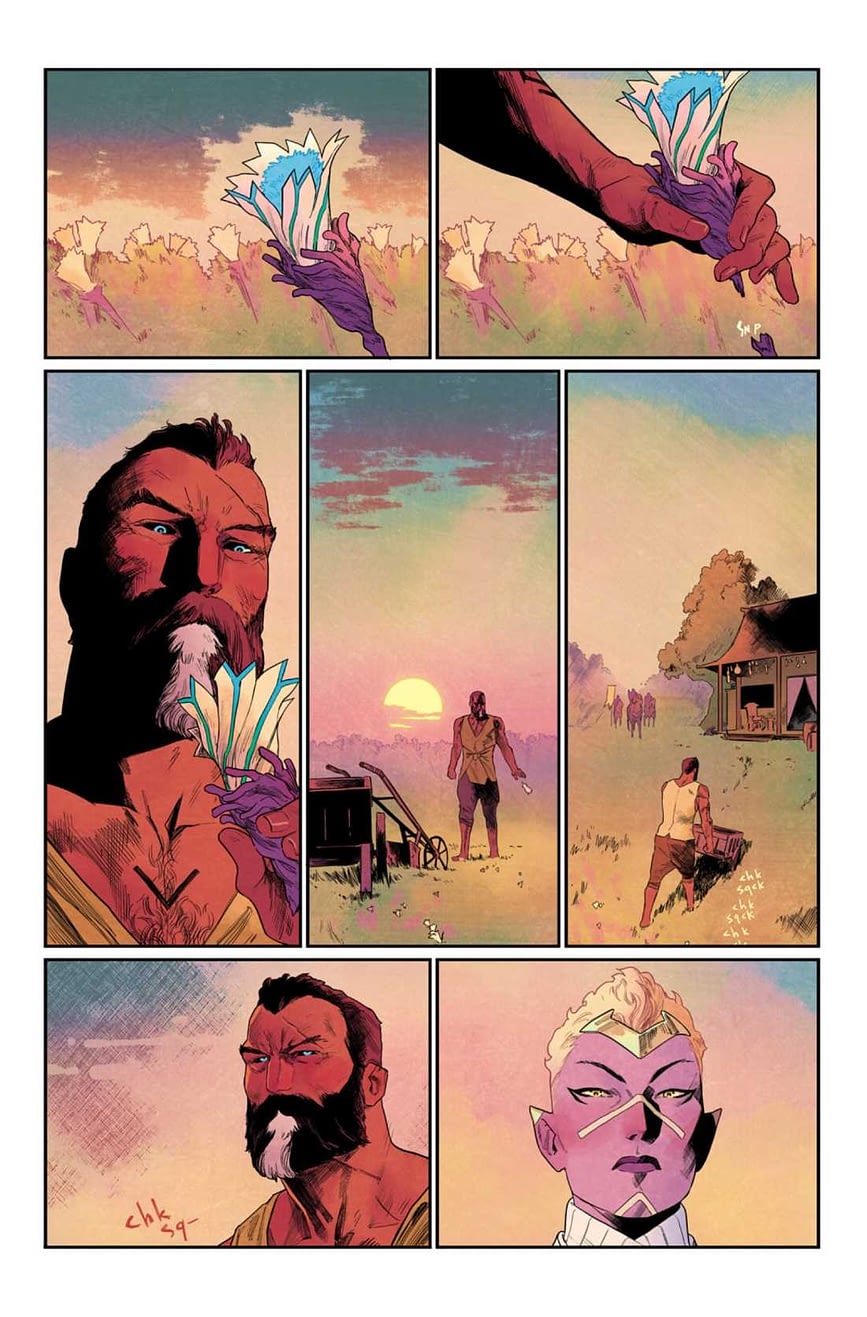 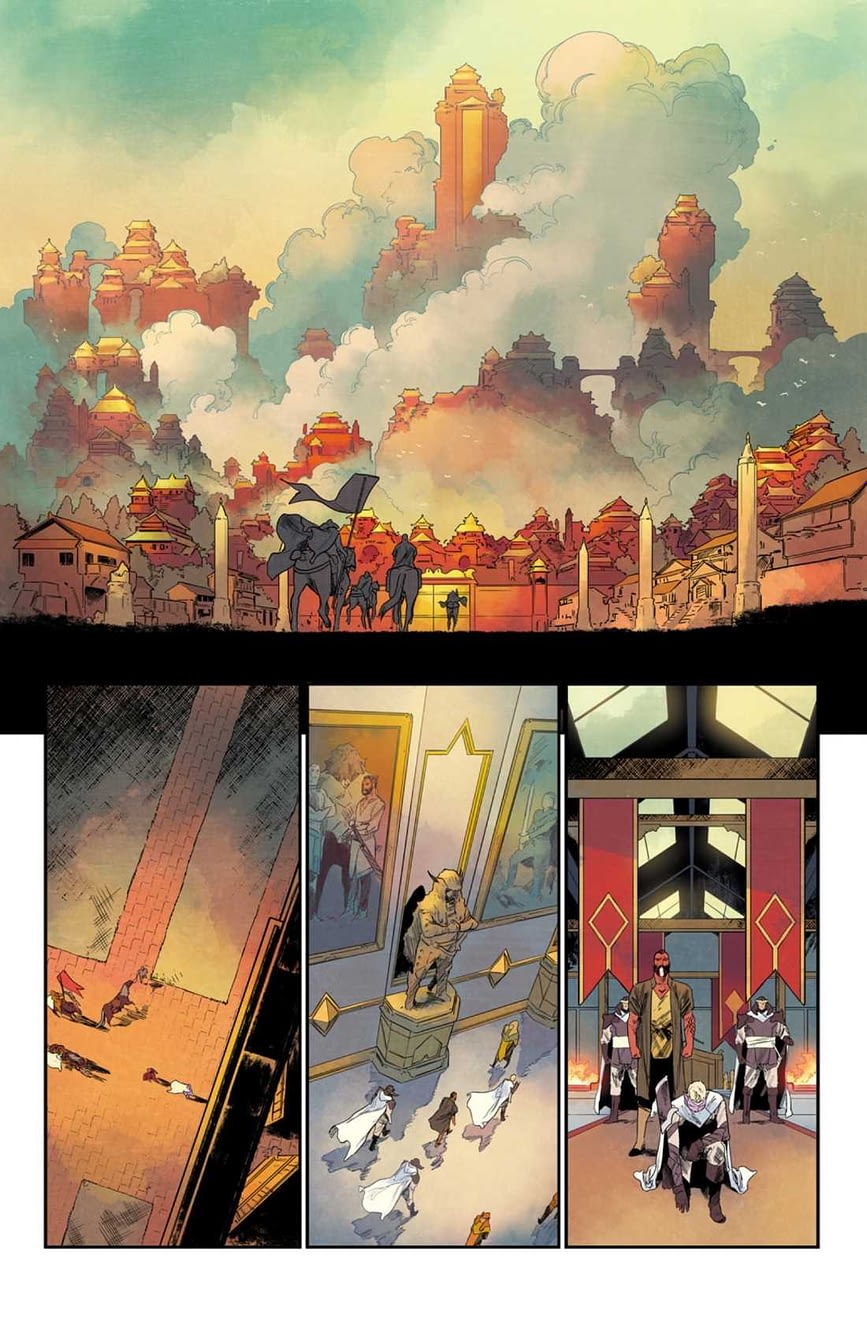 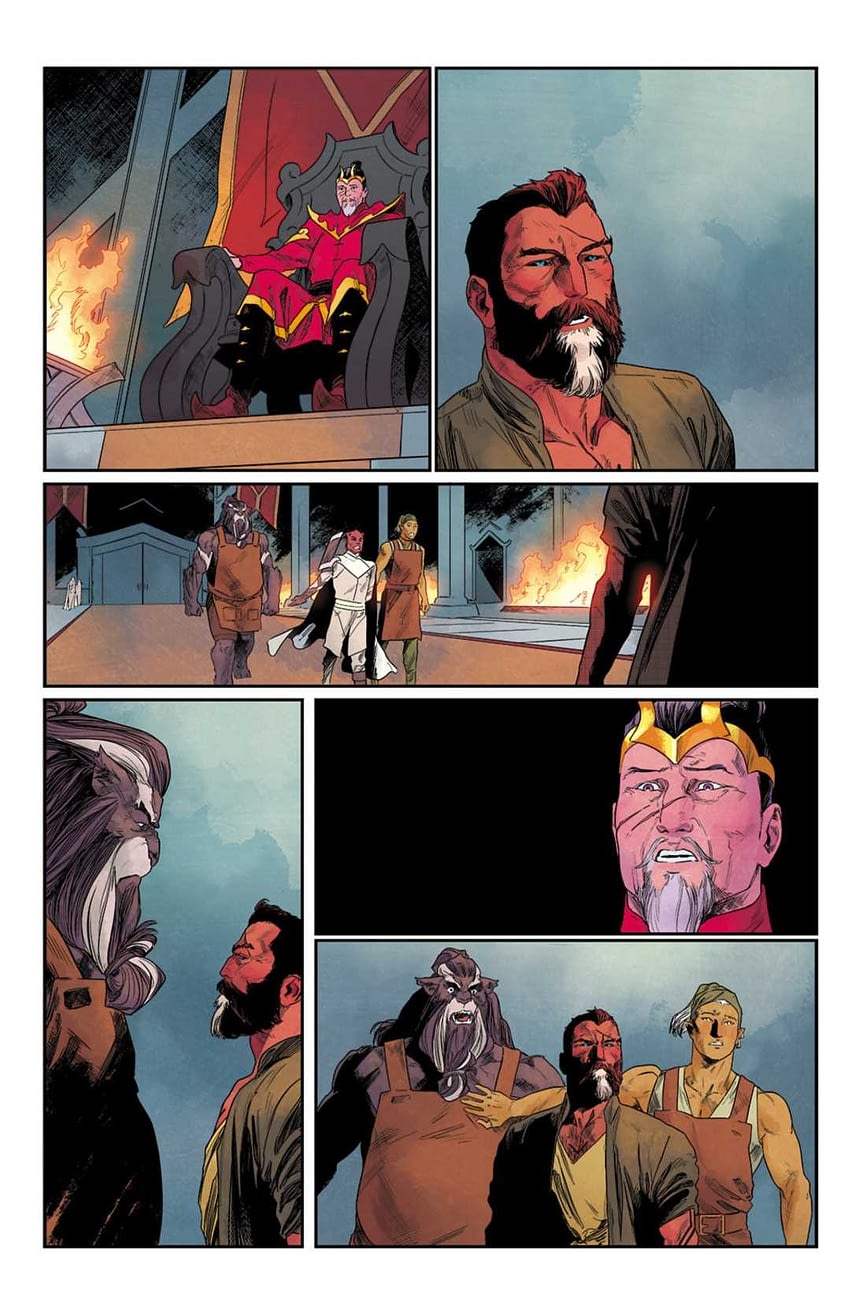