There may be more from Marvel Comics to announce later. But for now, the word that Captain Marvel #8, a sellout in stores this week is going to a second printing, as copies are still selling from $15 to $25 on-line.

While the previous week's War Of The Realms: Omega #1, concluding that particular event storyline (aside from an Unbeatable Squirrel Girl holdout) is going to another printing. Both in stores for August the 21st.

No covers yet, but we presume the Captain Marvel #8 2nd printing cover it will look something like this… 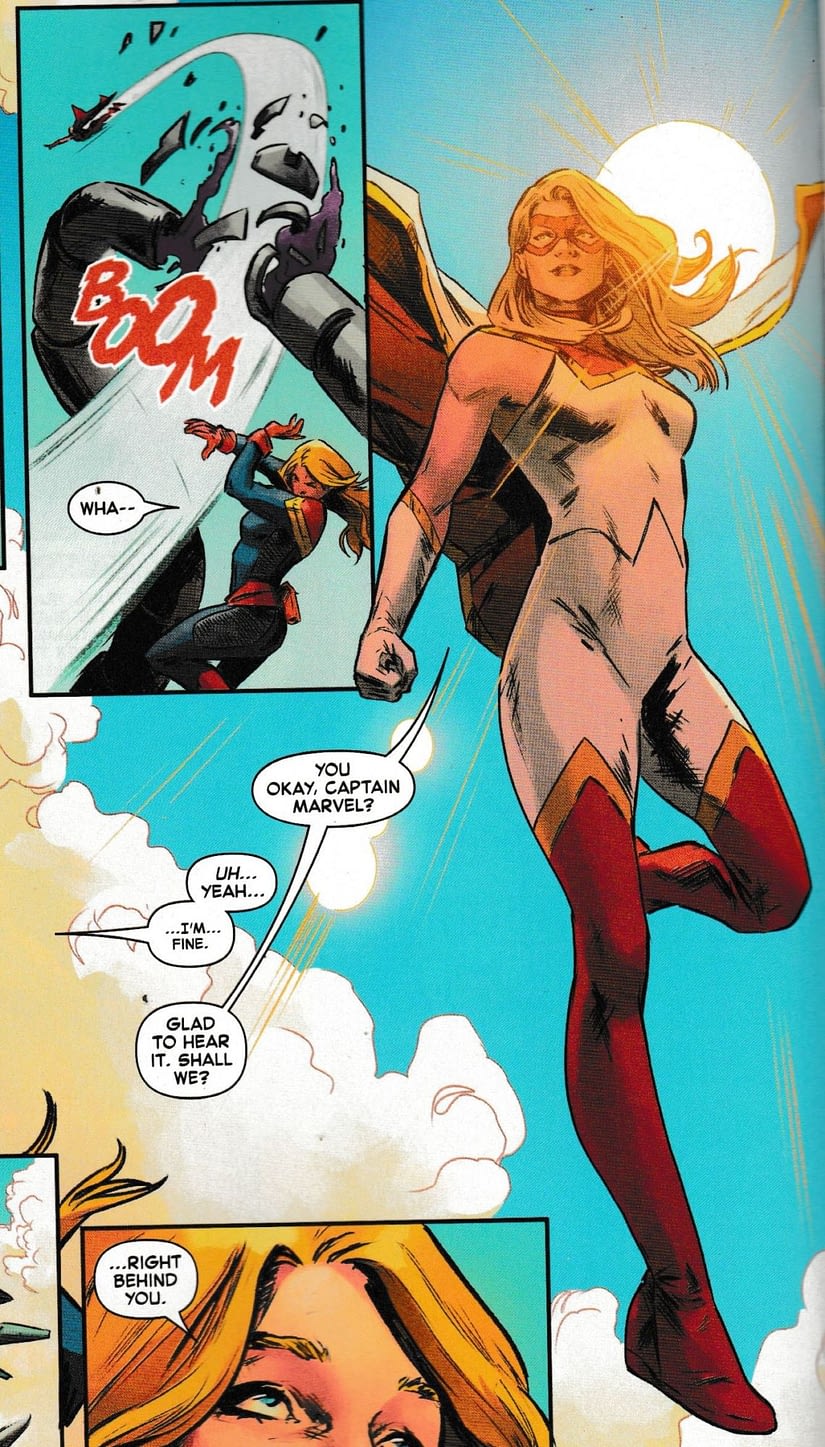 CAPTAIN MARVEL #8
(W) Kelly Thompson (A) Carmen Nunez Carnero (CA) Amanda Conner
CAPTAIN MARVEL: FALLING STAR! From the moment she returned to full-time Avengers duty in New York City, Captain Marvel's life has been nonstop…and slightly weird. But she's about to take on a brand-new threat – and a very old one! When her Kree heritage is exposed to the world in dramatic fashion, Carol goes from most beloved hero to public enemy number one overnight – and it's pushing her to the darkest edge. Can she save the day even while the world turns on her? Does she want to?
Rated T+SRP: $3.99

WAR OF REALMS OMEGA #1 WR
(W) Daniel Kibblesmith, Al Ewing, Jason Aaron, Gerry Duggan (A) Juan Ferreyra, CAFU, Oscar Bazaldua, Ron Garney (CA) Phil Noto
THE WAR IS OVER – AND THE MARVEL UNIVERSE MUST PICK UP THE PIECES! Midgard is broken, and as heroes of Asgard and Earth alike start to sift through the pieces, new heroes – and villains – emerge. What's next for Jane Foster, now free of the hammer she was willing to die to hold? Thor's brother Loki faced a terrible fate in the War of the Realms – and now the god of mischief must make himself anew. For the Punisher, the war isn't even close to finished – but this time, he's got his own army. And for Thor himself, destiny has finally arrived. The God of Thunder strikes out for a whole new adventure!
Rated T+ SRP: $4.99