Ahead of the series being officially solicited, the details of the collection of the new Death’s Head series by newly Marvel-exclusive Tini Howard and Kei Zama are out and about. Even if the image attached to the Amazon solicitation leaves a lot to be desired…

Rising stars Tini Howard and Kei Zama take on Marvel UK’s hottest character, Death’s Head, in a new miniseries! When intergalactic mech merc Death’s Head botches a job and wakes up half assembled at a punk show, he goes on a rampage. He’s not the only one feeling broken down and obsolete, as former Young Avengers Wiccan and Hulkling are on the scene with a plan of their own. There’s no way the best robot bounty hunter – oops, we mean “freelance peacekeeping agent” – in this universe is getting taken down by a couple of C-list heroes still wearing their teenage tights. No, if anybody’s gonna take out Death’s Head, it’s gonna be…Death’s Head, yes? It’s time for an upgrade – meet the adolescent new model who’ll turn Death’s Head’s world upside down!

Out on December 17th. 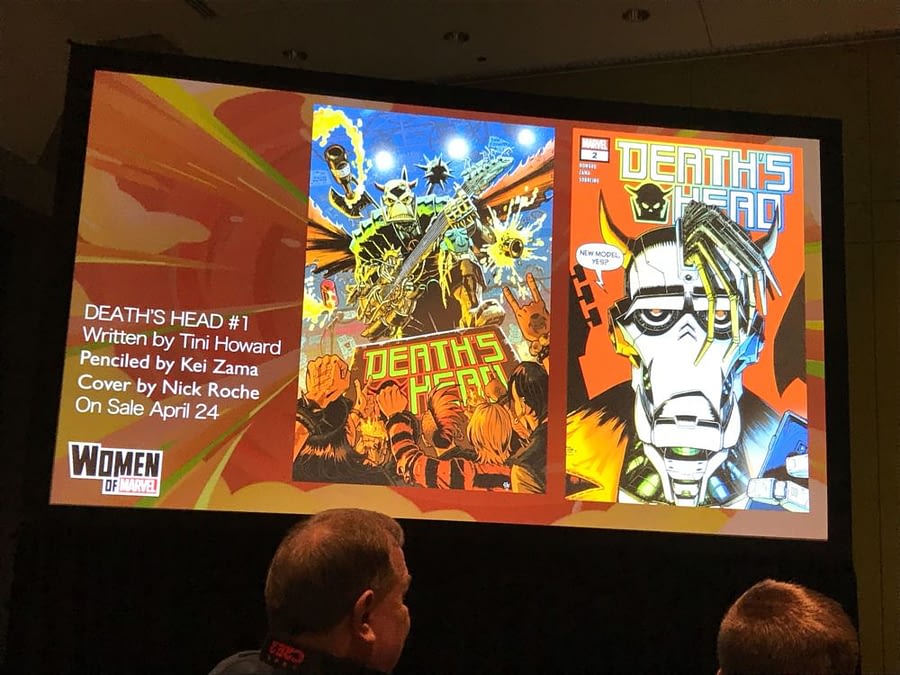