Bishé is set to play Sister Molly, a charismatic radio evangelist. A beautiful singer and gifted orator, Molly captivates her many faithful followers even as she grapples with the complex demands of her life. 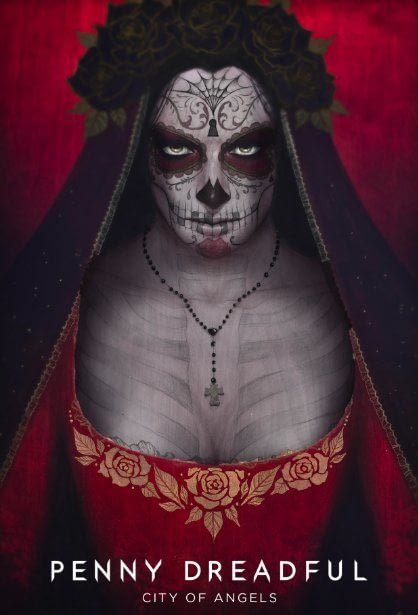 A spiritual descendant of the story set in Victorian-era London, the next chapter will employ a new vision, new characters and storylines. It opens in 1938 Los Angeles; a time and place deeply infused with social and political tension. When a grisly murder shocks the city, Detective Tiago Vega (Zovatto) is embroiled in an epic story that reflects the rich history of Los Angeles: from the building of the city’s first freeways and its deep traditions of Mexican-American folklore, to the dangerous espionage actions of the Third Reich and the rise of radio evangelism. Before long, Tiago and his family are grappling with powerful forces that threaten to tear them apart.

Lane’s Lewis Michener is a veteran officer in the LAPD as well as Vega’s partner and mentor, wise to the ways of the world and ruthless in pursuit of his goals.

Nieves’ Mateo Vega is Tiago’s volatile younger brother. While essentially goodhearted, he lacks the clear strength and ambition of Tiago, so he’s vulnerable to both his own capricious emotions and various influences around him.

Garza’s Josefina is the youngest of the Vega family. She plays the part of the quiet and overlooked sister, but possesses a powerful spirit waiting to be unleashed.

Barraza’s Maria Vega is the powerful matriarch of the Vega family. Maria will go to any lengths to protect her children from the dangerous world of 1938 social politics, as well as from the chilling supernatural forces invading their lives.

Dormer’s Magda is a supernatural demon who can take the appearance of anyone she chooses and manifests in a number of guises throughout the story. Charismatic, clever and chameleonic, Magda is an invaluable ally – and could also be a deadly enemy.

Kinnear’s Dr. Peter Craft is a successful German pediatrician and the head of the German-American Bund, an organization he hopes will keep the United States isolated from the growing threat of war in Europe.