This Wednesday will be one of the bigger shipping weeks in the direct market for comic books stores. And this is just one of the many reasons why. Doomsday Clock #12, the final issue of the unauthorised sequel to Watchmen, by Geoff Johns and Gary Frank, published by DC Comics. Man, I'm going to miss typing those words. So what goes down in the first 6 pages? Well, we still have nine-panel grids, so, plenty. But first, we remember how Watchmen ended. But nothing ends, Adrian, nothing ever ends.

And we also remember Dr Manhattan's first death, and his expression of it to the viewers, from Watchmen #5 by Alan Moore, Dave Gibbons and John Higgins.

As well as the moment a certain recurring photograph was taken.

And from previous issues of Doomsday Clock, a foreshadowing Manhattan has had of his death at the hands of Superman. Maybe. But as he has discovered, unlike his own world, the Metaverse can be changed 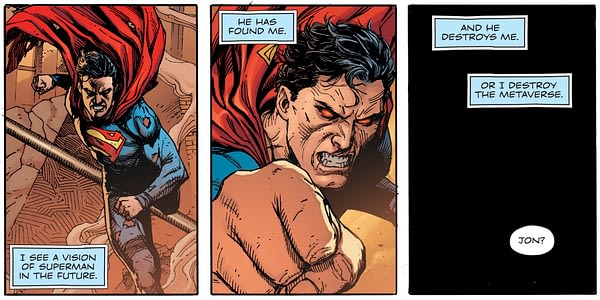 And now how Doomsday Clock #12 begins. With a discussion of endings.

Rorschach? So we have a very-much and not-imaginary Alfred Pennyworth. Conflicting continuities. The end in sight… and a few more panels. Batman turns up… 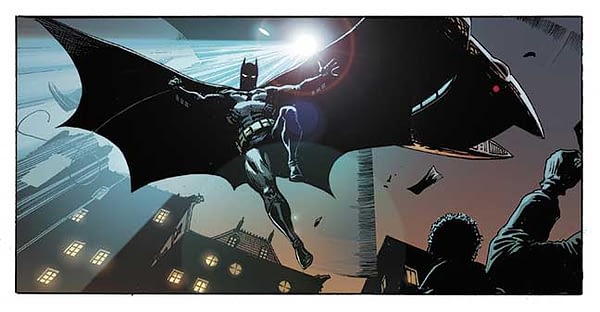 New Rorschach puts on the mask, alongside Pennyworth. 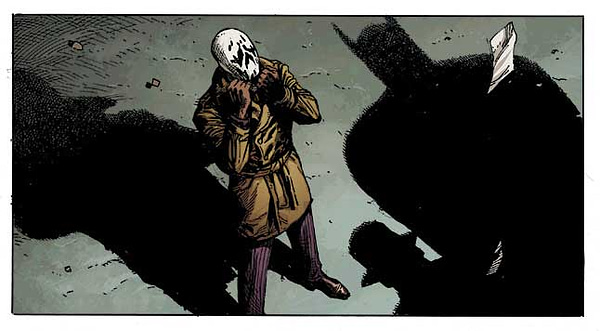 And Superman goes in for the punch. 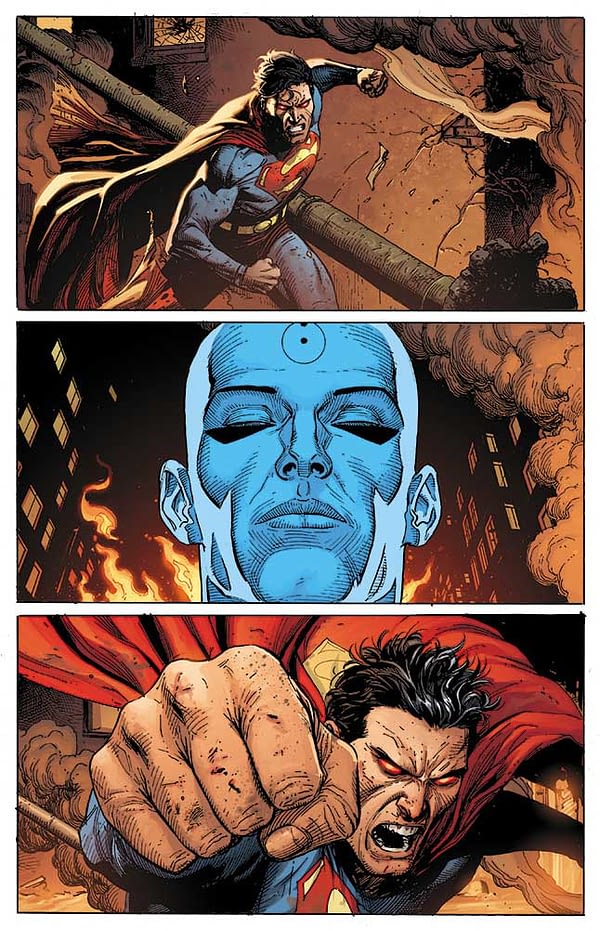 DOOMSDAY CLOCK #12 (OF 12)
(W) Geoff Johns (A/CA) Gary Frank
This is it! The final showdown between Dr. Manhattan and Superman shakes up the DC Universe to its very core! But can even the Man of Steel walk out from the shadow of Manhattan?In Shops: Dec 18, 2019
SRP: $5.99