Yesterday, we looked at all the decade covers from a variety of decade cover artists for Wonder Woman #750 Including this 2010 decade cover from Jim Lee and Scott Williams, for which DC Comics released just the pencils. Deadline issues don’t you know. 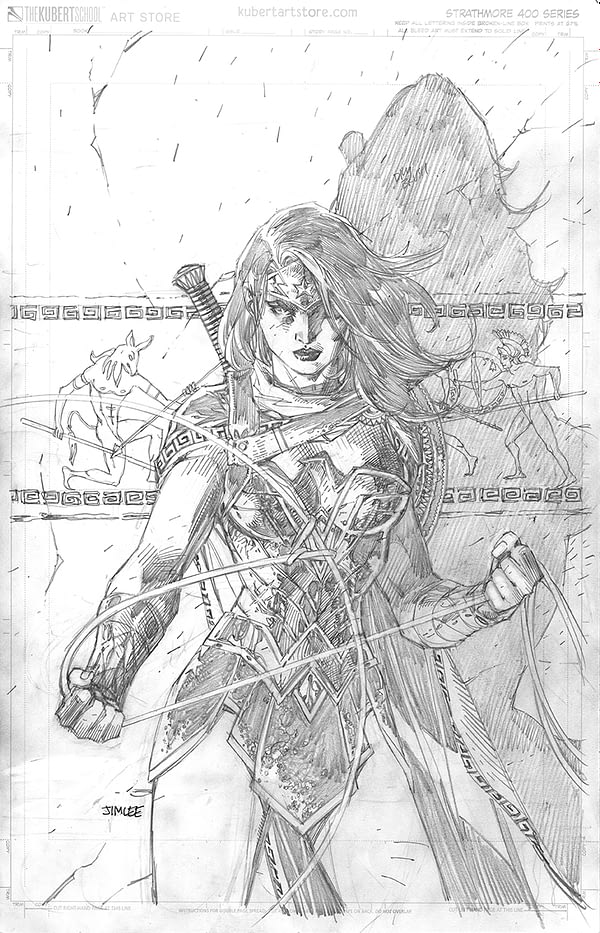 Well here’s a version with Scott Williams inks – though no colours yet.

But what of the version with just Jim’s pencils? That will now be a 1:100 variant cover, available one copy for every one hundred copies that retailers order. It will also have a blank variant cover. Here are all those other covers. 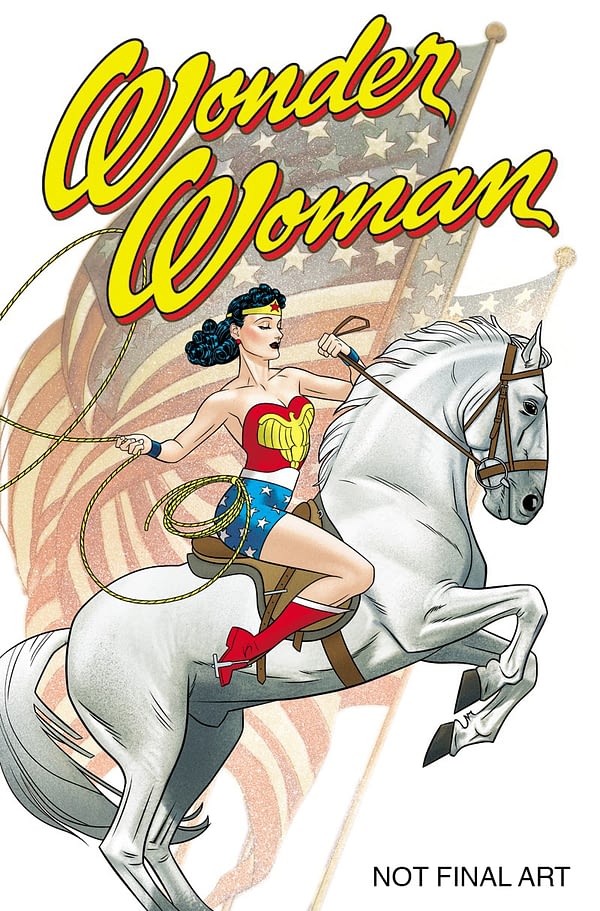 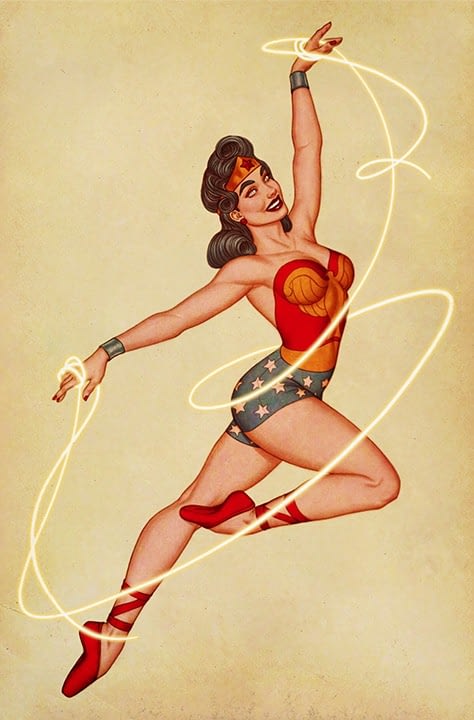 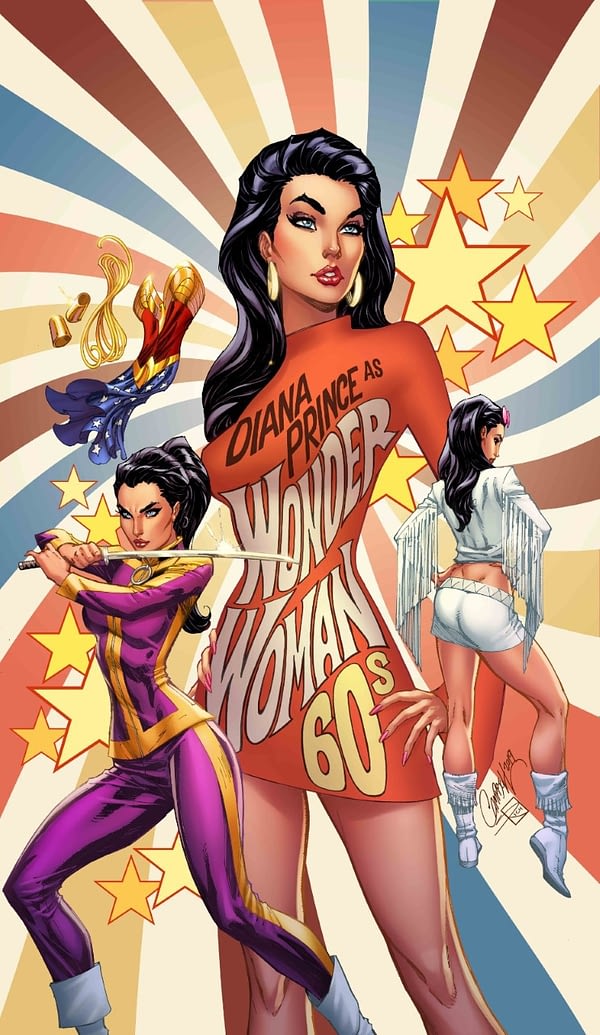 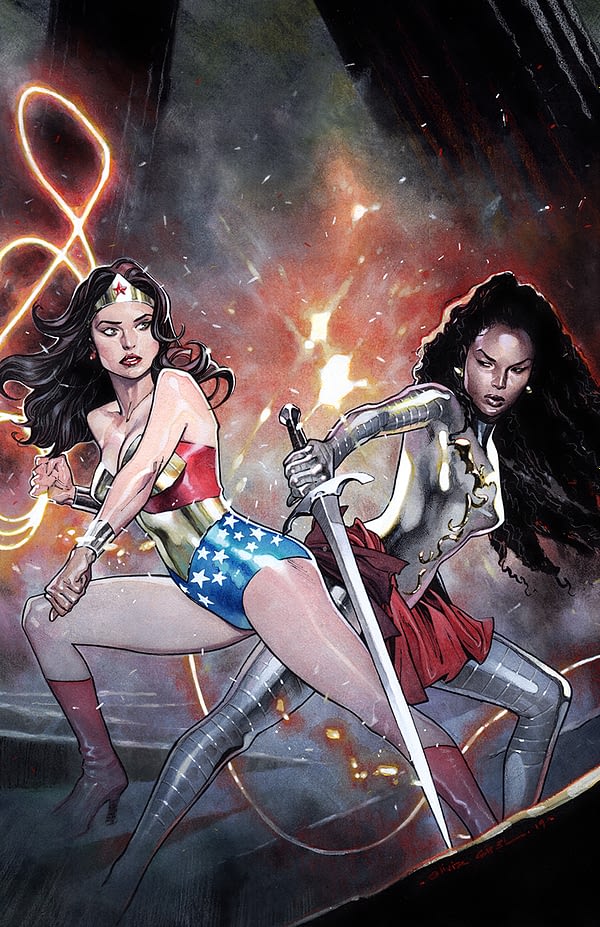 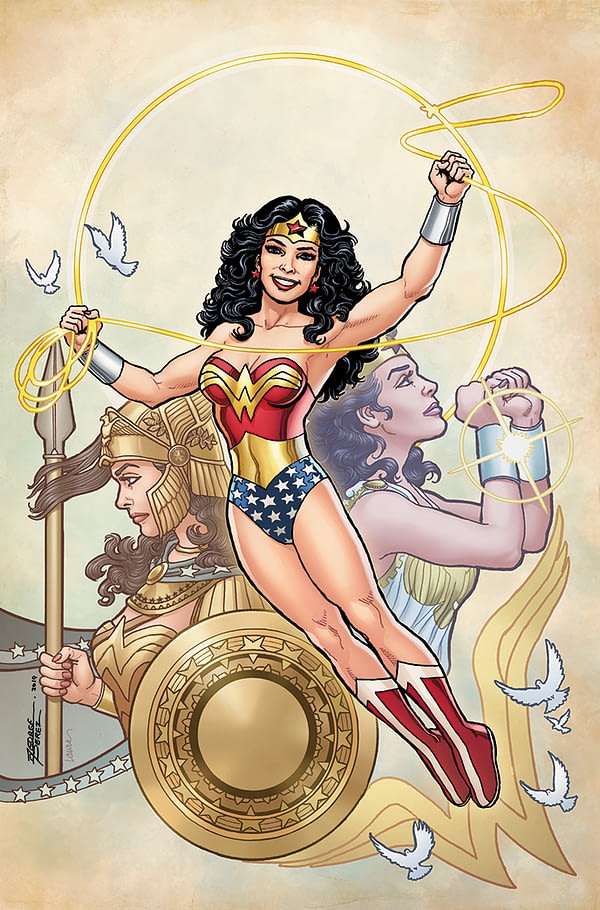 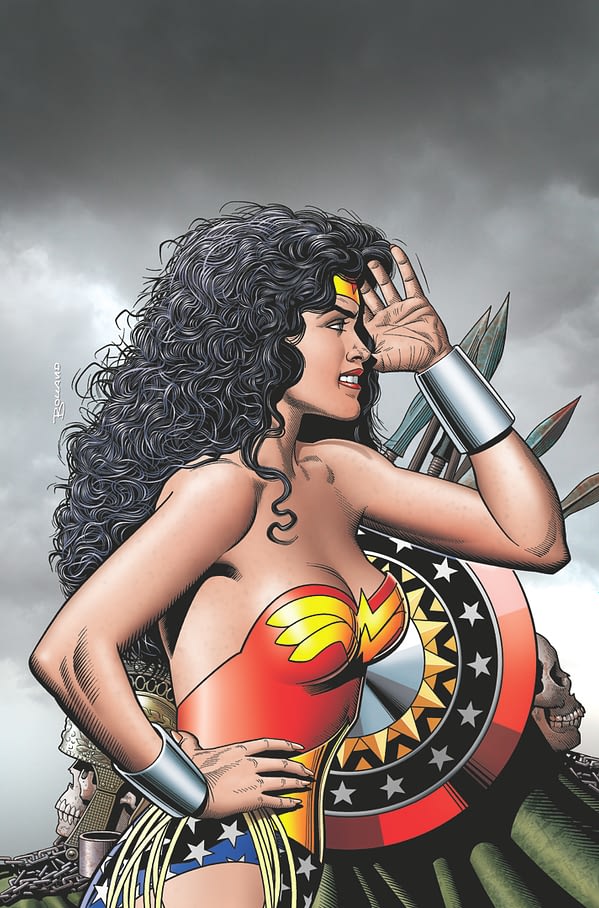 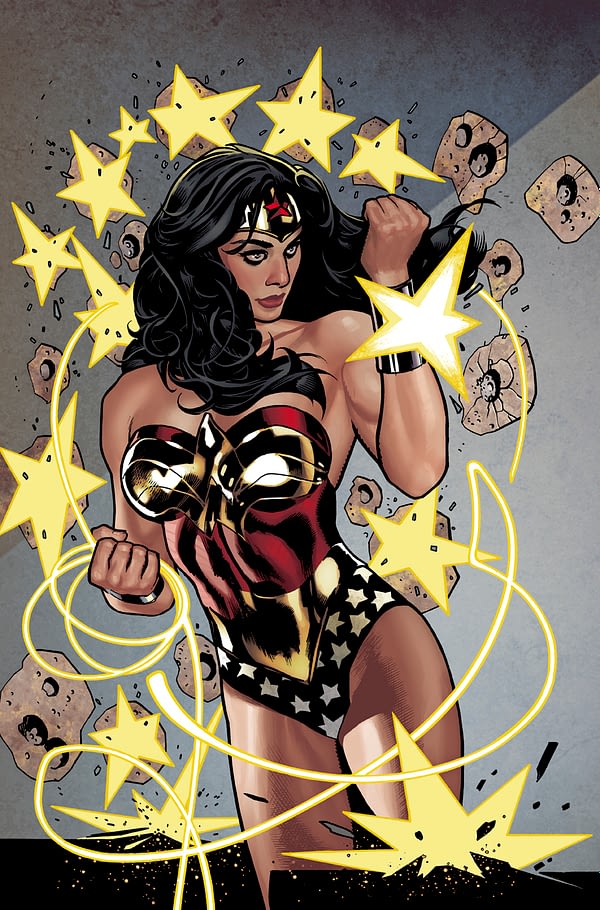