Good news, anime fans! The first episode of Dororo is now streaming on Amazon Prime. If you're a Prime subscriber, you can watch it as part of the service without additional cost.

Bad news, anime fans! They forgot to add the English subtitles – so it's in Japanese only.

Dororo is a new adaptation of a manga series from the 1960s, by Astroboy creator Osamu Tezuka during his peak period of creativity. Dororo is an orphan and thief in the Sengoku period of Japan who meets a wandering ronin with swords for arms. Hyakkimaru, a samurai lord's son, was sacrificed to 48 demon lords when he was a baby – who took his limbs and organs so they could roam the land causing havoc. Healed by a doctor with magic and herbs, Hyakkimaru roams the land hunting for the demons who took his body parts. It's your everyday "boy-with-swords-for-arms-and-his-kid-thief-sidekick-roam-the-land" adventure story.

Dororo is considered a classic, having had a 26-episode anime series back in 1969, a live action movie in 2007, and even a Playstation 2 video game spinoff. This is the first new anime adaptation of the story in over 40 years – and for anime fans, this is kind of a big deal.

And it's a real bummer when your father sacrifices you to demons. 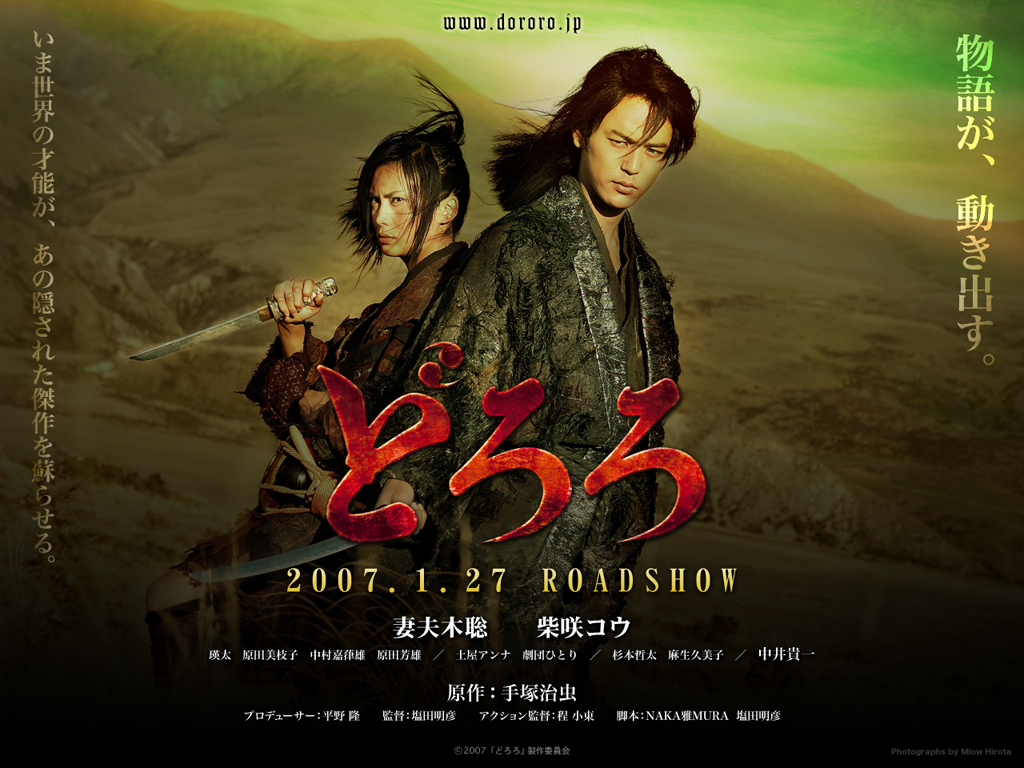 Unfortunately, Amazon Video has snatched defeat from the jaws of victory. Dororo's page on Amazon Prime currently has nothing but one-star reviews from angry anime fans complaining that the subtitles are missing. The story is dialogue and exposition-heavy so non-Japanese speakers are out of luck until Amazon corrects the screwup and puts the subtitles in.

This is Amazon Video's second screwup after a bootleg copy of the Japanese zombie comedy hit One Cut of the Dead was uploaded to the service without the authorization of the current rights holders. That copy did have English subtitles, but they were terrible subtitles because the bootleggers were either using Google Translate or possibly on drugs when they typed in the subtitles.

Amazon Prime is currently one of the main streamers of simulcast new anime series as they premiere on TV in Japan – that is, the shows that Crunchroll, Funimation, Hidive, and Viz haven't snapped up yet. I may have forgotten a couple of anime streaming services here, like Daisuke, but the biggest anime streamers are Crunchyroll and Funimation, who pay for meticulous subtitles to be created for the shows they license – with Funimation the current gold standard for English language dubs.

Amazon Prime is also the most annoying when it comes to streaming anime. Unlike all the other anime streaming services who have English subtitles automatically on when you stream, Amazon doesn't – leading many viewers not just of anime but foreign language content to complain about the subtitles being absent. To turn on subtitles, you have to pause the playback and turn on Closed Captions (CC).

It's far from a seamless experience. The problem with the interface is that many anime series have more dialogue during the end-credits or a post-credit scene – but the "next up" window pops up on screen, which for some reason keeps the subtitles from showing up so viewers can't understand what the hell the characters are saying during what's often an important story scene before a cliffhanger. It's ridiculous that Amazon have not corrected this massive flaw in their streaming service.