In Japan, 'otaku' carries even less positive meaning than 'geek' does in the West.  Japanese manga and anime tends to take awhile to get to the West, though the window has been getting closer recently with US companies like Funimation and Crunchy Roll licensing rights to stream current-running anime series the same time they're broadcast in the US, since the manga and anime market is large enough now to make this a viable business model.

I was looking at some recently-translated Japanese manga and anime that feature female geeks.  FUJOSHI KANOJO, or MY GIRLFRIEND'S A GEEK started life as a blog that ran from late 2006 to mid-2007 by the pseudonymous Pentabu detailing an ordinary bloke's relationship with a hardcore fujoshi.  The blog ended up with a regular readership of 11 million, judging from the hit-rate, and ended up being published as a 2-volume light novel.  It proved popular enough to spawn a manga adaptation that's still running, and even a live action movie spin-off.  Yen Press, known for the care in the way they translate and publish light novels and manga in the US, have brought out both the light novel and manga series this year. 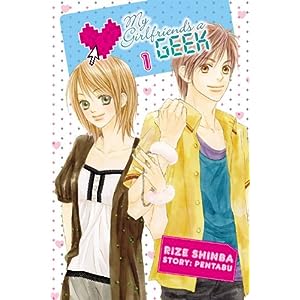 MY GIRLFRIEND'S A GEEK: THE NOVEL is written in fast, punchy blog entries from a bewildered man as he copes with a girlfriend he's in love with but utterly bemused by, since she's a very specific kind of geek.  She's a fujoshi, a fan utterly obsessed with Yaoi, Boy's Love stories, that genre dedicated to beautiful men in love and sex with each other.  Manga, anime, visual novel PC games, she buys them all up and keeps them as a prized collection.  The nameless protagonist, being a straight non-geek man, is unable to relate to that at all, but does his best to keep up with her because he wants to make the relationship work.  The prose plays for comedy as you get to sit inside the hero's head as he goes from confusion to bemusement to total freak-out and back again in their daily lives, all the while trying to keep a calm exterior so that his girlfriend doesn't think he's judging her.

(Kudos should go to translator Stephan Paul for both the novel and manga.  Paul had been kicking around the manga fan translation scene for ages and was providing excellent translations for series like 20TH CENTURY BOYS long before they were officially licensed for the US.)

The other series brought to my attention is KURAGEHIME, or PRINCESS JELLYFISH.  Originally a manga written and drawn by Akiko Higashimura, which hasn't been licensed for English translation yet, the anime series is currently running on Japanese television and each new episode can now be watched online at Hulu and Funimation's Youtube channel.  PRINCESS JELLYFISH is about Tsukimi, a geek for everything jellyfish who lives in an all-women condo that houses a bunch of otaku whose obsessions range from ROMANCE OF THE THREE KINGDOMS to trains to traditional dolls.  These grown women are all part of Japan's Lost Generation, which grew up when the economic bubble burst and now don't see the point in conforming to society with jobs that aren't guaranteed for life or mainstream notions of femininity.  They also suffer from extreme social phobia and are virtual shut-ins, referring to themselves as "amar" (nuns) and considering "normal" fashionable people the Enemy.

Tsukimi is the only one in the building who actually dares to venture outside, and she ends up accidentally and reluctantly friends with "Kurako", a sassy, bright, fashion diva who's actually a dude.  Kurako is really Kuranosuke, the younger son of a powerful political family who is actively rebelling against any attempts by his family to groom him for a career in the government, figuring that being a cross-dresser is just deviant enough to kill any chance he has of ever becoming a politician.  In that respect, Kurako is as much an outsider and Other to normal society as they are.  Only Tsukimi knows Kurako is a man since the nuns don't allow any men in the building at all, but neither of them realises they're both bound by the loss of their mothers, hers from illness and his was sent away to avoid scandal as a condition of his father's family taking him in.

Kurako and the nuns find a common mission when they have to prevent the building from being sold and demolished to make way for a five-star hotel as part of a development plan drawn up by his older brother and a corrupt female real estate mogul.  Along the way, Kurako falls in love with Tsukimi and his repressed brother Shu also falls for her when he sees her properly dressed as a normal girl (but doesn't recognise her when she's wearing her glasses and formless tracksuit) while the female mogul tries to corrupt Shu with sexual blackmail.  PRINCESS JELLYFISH is the kind of subversive farce a Pedro Almodovar or Ryan Murphy might make with its class conflict, social commentary, its contrasting of traditional and unorthodox gender roles and taking the side of people who want to be themselves rather than what society wants them to be.  The only thing that I find puzzling is that so many Japanese dramas explore gender roles and cross-dressing without actually dealing with homosexuality, which might have more to do with how the subject is still somewhat taboo in Japan, which might make the Yaoi genre a strange contradiction, but then those stories are considered fantasy and consumed mainly by women, so go figure. 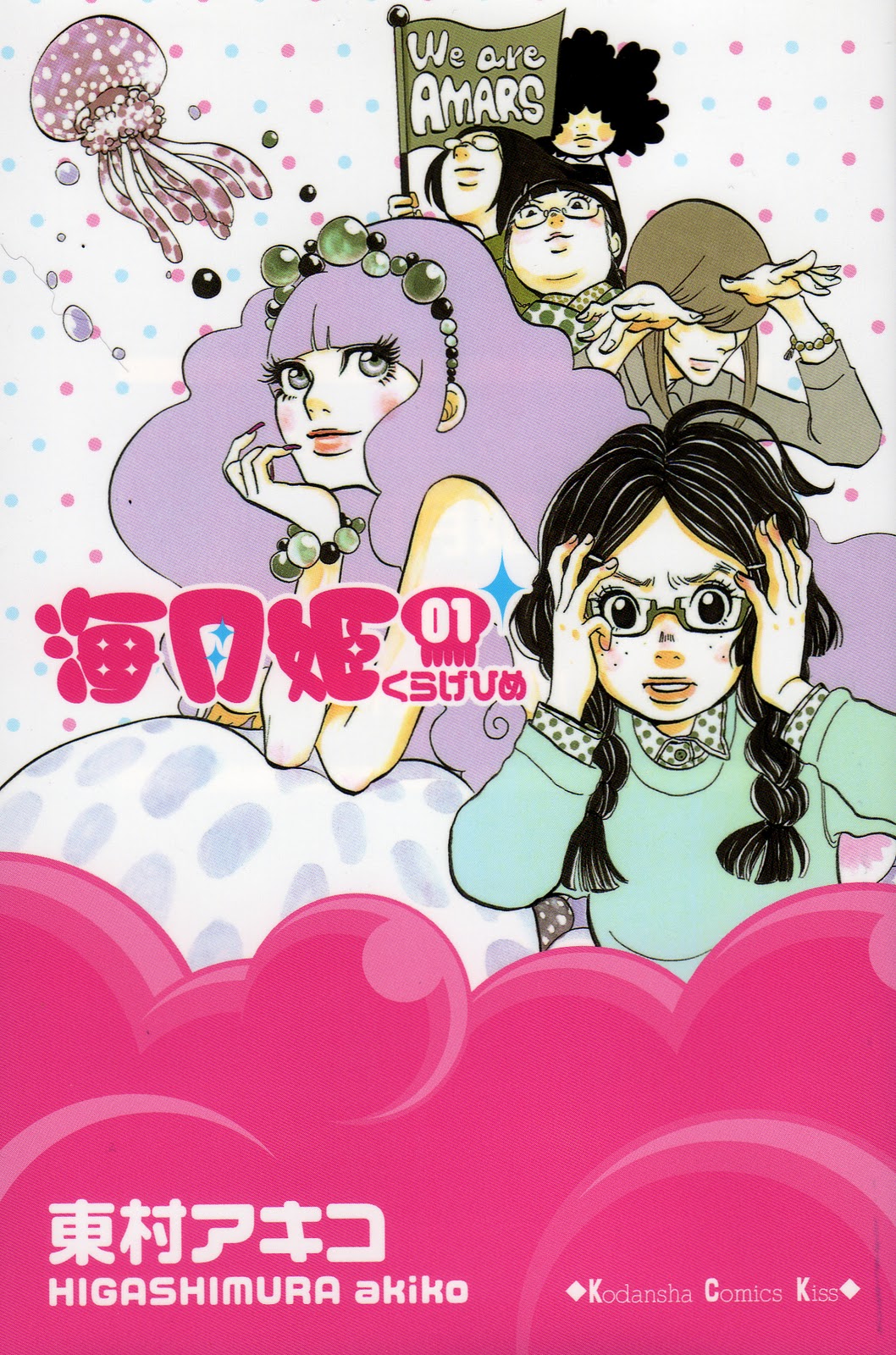 Both MY GIRLFRIEND'S A GEEK and PRINCESS JELLYFISH were originally published for the 20something female readership in Japan, which is a readership that no US manga publisher has bothered to market for.  Yen Press does a very good job at marketing, though, and I'm told their books sell decently to the audiences they want to reach.  They seem to understand that many teenage female readers will gradually move to other titles as they grow older, and GEEK might actually be prove to be a decent seller.  What I find striking is that female geeks have become a large enough social phenomenon to be featured as the main characters in popular fiction.  You can pretty much compare them to the growing female geek demographic in the West – aside from superhero fangirls, we've had BUFFY fangirls, TWILIGHT fangirls, fantasy fiction fangirls, manga and anime fangirls, of course, and you can even consider the growing number of fans of Lisbeth Salander from Stig Larssen's MILLENIUM TRILOGY a more upmarket kind of geekdom, the latter enough for Hollywood to consider trying to find a franchise that's "the next Lisbeth Salander".  That's a massive demographic with more spending power than just in comics, and that's where publishers and movie studios are now trying to tap, and which the likes of Marvel and DC have no clue how to.  Someone should start getting a clue soon.

I've begun the official LOOK!  IT MOVES! twitter feed.  Follow me at http://twitter.com/lookitmoves for thoughts and snark on media and pop culture, stuff for future columns and stuff I may never spend a whole column writing about.